Guidelines for the Identification of Birds: Step 5 – Habitat 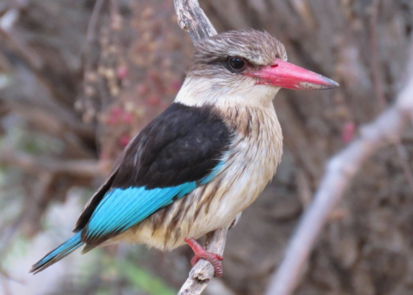 One needs not be an experienced birder to realise that not all birds occurring in a region can be observed everywhere. And, consequently, that different species of birds prefer different environments, also referred to as habitats. This important aspect, preferred habitat, is the fifth recommended step to be considered when attempting to identify an unknown bird. (Start reading here, if you missed the previous steps.)

Step five: The habitat where the bird has been observed

So, when observing your bird, also take specific note of the habitat. Is it, e.g., on, in or near water, on the ground, in a forest, fynbos, a reed bed, a hilly area or open shrub land? Examples of the relevance of considering habitat when attempting to identify an unfamiliar bird are the following:

The Brown-hooded Kingfisher doesn’t catch fish, but hunts for invertebrates away from water in savannah and veld where some trees occur. 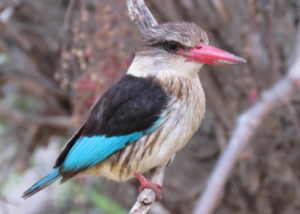 Cisticolas are often associated with riverine vegetation, such as reed beds. The Grey-backed Cisticola, however, usually prefers scrubland on rocky slopes. 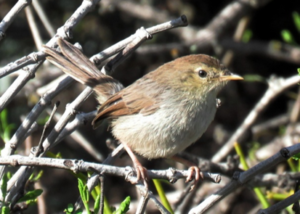 Herons are associated with water, and the Grey Heron, in fact, usually forages in or at a water body. 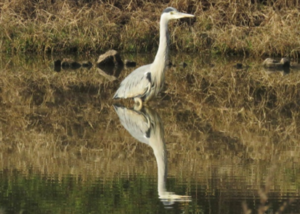 The similar looking Black-headed Heron, on the other hand, usually forages away from water. 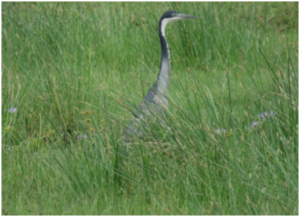 The Common Fiscal is most often seen where it perches in a prominent spot, for instance on a tree. 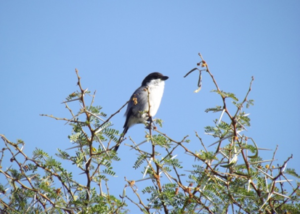 The similar looking Southern Boubou, however, seldom perches on a tree, but usually occur in thickets. 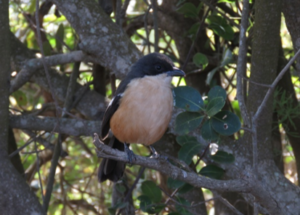 In the species account for each bird in your bird guide you will find reference to the habitat where you are most likely to find that bird. Keep in mind, though, that birds are not tied down in one place! Expect to be surprised from time to time!